Third-Party Custody is a situation where neither of the spouses get the custody of their child. Child custody is granted by the Court to a third person.

But, in mutual divorce aka mutual consent divorce, the parties get to mutually decide the type of custody from the above types of custody. You can take proper legal advice in order to decide the most suitable custody types keeping in your rights and liabilities in the future.  Hence, they can mutually take a decision as who will be bringing up their child and how the daily responsibilities of the child will be carried out. Of course, the Courts have a say in it and henceforth the Courts also use their wisdom in deciding the same. Therefore, in contested divorce, various factors play a role.To know more you can discuss here.

Also, the religion may also part a part on the issue of child custody in your divorce case. Custody of the Child is decided on different principles under Muslim Personal Laws and Christian Personal Laws.

One may ask who gets the custody of a child in a divorce in India?

Now the answer to that would depend on which type of a divorce it is. In mutual divorce child custody is the mutual decision of the parties. It varies in case of contested divorce. Get legal advice.

Can a father take a child away from the mother?

The spouses should approach the court by filing a child custody case. Thereinafter, accordingly, Court will decide which spouse shall be granted the custody.

Can my husband get custody of my child?

This would purely depend on the facts and circumstances of the case. Therefore, the Court will decide the issue after considering all facts. In mutual divorce child custody spouses decide custody themselves.

How long does it take to get a mutual divorce in India?

It can take any time between 2 weeks to 6 months as opposed to 6 months to 18 months previously. Hence, it is faster now. To file a mutual divorce may can contact here.

At what age can child decide custody in India?

Any person who is 18 years or above in age is a major. Hence, he/she is considered competent to take all their future decisions on their own. Therefore, there is no question of custody of a major.

How can a mother get full custody of her child in India?

The mother who wishes to get full custody shall have to apply for the same in court. The court shall apply its mind after fully considering the facts of the case. To file a child custody case you may contact here.

You can get in-depth legal advice on child custody from the best divorce lawyer in Gurgaon. 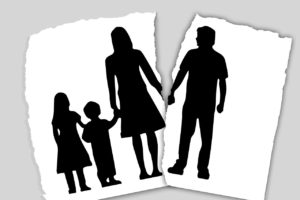